I’m scared of hell about this fact
I think I’m starting to LIKE Donald Trump.
Not only that, I’m becoming more and more comfortable with the idea of a President Trump. 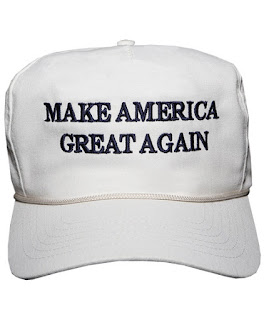 If you’ve read to this point and decided not to unfriend me from Facebook-land, then hear me out for a second.

I fell in love with Bernie Sanders in the late 2000’s, years prior to this present election cycle.

The issues that emerged with Sanders on my eye were a broad form of economic populism based on a broad dissatisfaction at the long-term economic trends of the past 40 years.  The middle-class of the United States of America has long been extracted – whether or not its people or its leaders choose to admit this.  Unchecked global arbitrages among labor safeguards, environmental standards, safety standards have sustained a “race to the bottom” among multinational companies and the nations’ leaders throughout the world that empower them in order to keep rich and happy its fickle citizenry.  I was raised in Appalachia, where I witnessed through all 18 years of my childhood the steady decay of the factories, the businesses, and the communities that powered the Ohio Valley.  It was simply cheaper to produce steel in China, because its government ran the steel companies there, allowing them to absorb losses from selling under cost and to skirt Chinese safety/environmental oversight, specifically in order to displace American companies out of the steel market.

Instead of understanding this dissatisfaction and addressing it, our nation’s leaders (i.e. Hillary, Bush) insist on continuing a neoliberal agenda of global interconnectivity through unchecked free trade with hostile nations and entanglement of our resources into foreign conflicts.

Meanwhile, in the absence of any viable economic/diplomatic solution to address this longstanding issue of chronic job losses among “blue-collar” communities, Trump has managed to turn this broad economic populism into a robust scorched-earth anti-immigrant campaign.

The distinction between Bernie and Trump is this: who do we blame?  Multi-national corporations or immigrants?  The choice is clear.

Hillary (and her husband Bill) have both abstained from this problem; instead, she will use the race and demographics game to engineer her electoral victory.  It is doubtful that she will depart from the economic advisers (including her husband) and the foreign policy cohorts that have been the architect of this 40-year philosophy.  Her campaign strategy against Trump completely ignores these longstanding economic headwinds, and she has apparently decided instead to focus on lampooning Trump’s character.  Based on what I’ve seen in this primary so far, that seems a risky bet for this country.

What emerges from the Trump campaign is a story of safeguarding America.  We do need to safeguard America.  The question that will be critical in this election – when it comes to Trump vs Bernie – is to who to safeguard it against – corporate greed or immigrants.

Immigrants drive the modern US economy. Hope guides us towards tackling the impotence of our political system by addressing the outsize influence of corporate money in American politics. That is why Bernie Sanders is really the man who best epitomizes how to persist as the Greatest Nation on Earth throughout the 21st Century.
Posted by Mike George at 07:21