The United States of America is divided.  Nowadays, it seems more like two separate societies - "The United States" and then "Amerrrrrrrica."  Why?  How did this happen?

For how complex and interconnected our world is, somehow our political environment has managed to decompose everything into two diametrically opposed sides - the left and the right.  Working in concert with an electoral system that places significant hindrance upon political parties who fall outside the left/right establishment, the result has become a world that is, by most measure, growing more complex while our means for collective problem solving continues to consist of bullshit questions like "Is Obama-care wrong?  Yes, No, or Undecided."  If you're not able to give a response that resembles one of those first two choices, then it's simply presumed that you must be "undecided" or just not yet informed of the issues. 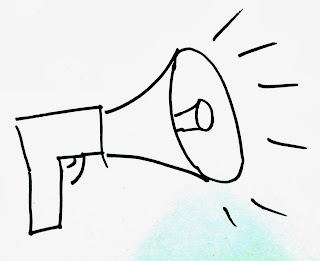 Over time, the news has widdled away from a solid source of facts and critical analysis into an ugly looking glass of pundits trying to yell and scream over each other for ratings.  News has become a self-fulfilling prophecy of the conservative narrative versus the "liberal" one.  Misinformation turns into mis-action, which then becomes fresh fodder for the next news cycle.

The United States of America has managed to take a robust feedback cycle between citizens and their government, free-market-capitalize the shit out of it, and turn us into a country who has sold its soul for the sake of shock and awe in the next story.

Do you love America?

Email ThisBlogThis!Share to TwitterShare to FacebookShare to Pinterest
Labels: politics